My name is John and I'm an IBM Watson Consultant focusing on the IBM Watson Explorer product and other IBM Watson Cloud Services.

I also dabble in side projects and trying to make money online.

Some of the link on this site are affiliate links. I get a small commision if you sign up or make a purchase. Thanks for supporting this site. 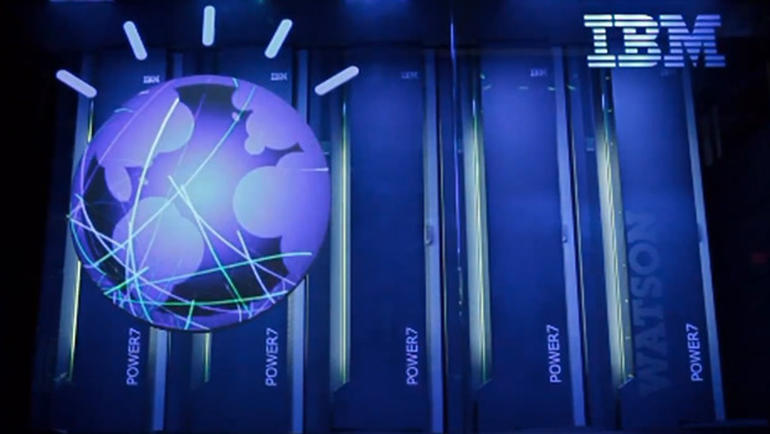 There is a lot of confusion about what exactly IBM Watson is? I’m going to try to clear that up a little bit in this blog post. I’ll go into the history of IBM Watson and what IBM is doing today with the Watson portfolio. As you may expect, IBM Watson has changed over the past few years and has grown into an entire product offering.

Note: I worked for IBM for 8 years and had some hands-on experience with various IBM Watson product offerings. I was not involved in the creation of the original Watson or deeply involved in the development of subsequent Watson APIs.

The Early Days of IBM Watson

IBM Watson started out as a supercomputer that was designed as a question and answer system. The goal was to be able to answer natural language questions with a computer. The name Watson comes from the founder of IBM, Thomas J. Watson. Unlike most “supercomputers” the power of IBM Watson isn’t in the hardware, it’s in the software layer. The natural language processing framework was a really groundbreaking technology. This all started around 2006, I believe.

IBM Watson was one of the biggest investments in IBM history and it’s first big play into the Artificial Intelligence and Cognitive Computing space. To prove the technology of the original Watson Q&A engine the IBM team decided to team up with Jeopardy. In 2011, Watson would take on two of the best Jeopardy players in history: Ken Jennings and Brad Rutter.

To visualize Watson on the set of Jeopardy, IBM came up with an avatar that is now the IBM Watson logo (it’s been simplified in recent years). Watson would be fed the questions in real time, as were the players, and it would have to compute an answer. Watson would provide an answer and it’s level of confidence in that answer.

To make a long story short, IBM Watson ended up defeating the two famed Jeopardy champions and claimed a $1 million dollar prize (which was donated to charity). IBM would use the momentum from Jeopardy to turn Watson into an actual product and market it as an AI solution to businesses.

What is IBM Watson Today?

Obviously the technology of IBM Watson has evolved from its time on Jeopardy. I don’t actually believe that much of the technology from the original Watson was converted into the products that IBM offers today. IBM Watson became a major marketing brand for IBM. They would go on to include all of their Artificial Intelligence (AI), Natural Language Processing (NLP), Machine Learning, and what IBM deemed “cognitive computing” products under this new Watson umbrellas. IBM started to target certain business sectors like Healthcare, Finance, and Legal with it’s new Watson brand.

IBM started an entire division dedicated to Healthcare with a major focus on Oncology. They worked with doctors and developers to try and train a Watson model around cancer diagnoses. It seemed to be a very promising market. However, that effort seems to have been mostly abandoned by IBM today based on staff reduction news and rumors.

IBM had a change in leadership in the CEO position and they doubled down on their cloud offerings. They see this as the biggest growth area of the company and are going head to head with the likes of Amazon, Google, and Microsoft in the highly competitive cloud market.

IBM Watson fits into this cloud portfolio as it has many cloud-based API offerings that utilize the machine learning, NLP, and AI aspects of the Watson brand. Cloud and Cognitive Software (read Watson) is a large part of IBM’s revenue in it’s latest earnings report. This suggests that IBM will continue to focus on Watson as a major part of its strategy.

What Type of Products are in the IBM Watson Portfolio?

Today IBM has several product offerings under the Watson brand. The first one I will mention is the product I am most closely tied to Watson Explorer (WEX). IBM WEX is a search engine based tool that has some NLP libraries built on top of it. It’s an on-premise offering and IBM is moving away from those types of offerings. So it’s future is unknown.

The IBM Cloud is where basically all of the Watson services live. You can actually get started using many of these Watson APIs and hundreds of other services for free. Here are some of the key Watson APIs and what they do:

Once you have an IBM Cloud account you can explore all of the IBM Watson products.

The Future of IBM Watson

There are some mixed reviews of IBM Watson as a technology and business model. First of all, many other cloud providers are offering similar APIs to the Watson APIs. I’ve also read several articles that see IBM Watson as a failure. However, there are just as many, if not more, that showcase the value of the Watson brand and technology. So the reviews are mixed.

If you are interested in taking a leap into this technology I recommend that you simply sign up for an IBM Cloud account and test out some of these technologies for free. You can decide if they are useful for your organization without even paying for many of these solutions. If you do decide to purchase the more advanced plans for IBM Watson APIs they charge in a way similar to all other cloud providers. It’s based on the amount of data/calls you make and you pay fractions of a cent per call.

Hi, I'm John. I dabble in the world of side projects, advertising, and affiliate marketing. By day I'm an IBM Watson Consultant with over 10 years of experience. I'm also a pretty experienced web developer and like to write tutorials and about other things like business and life experiences. View all posts by John Ward