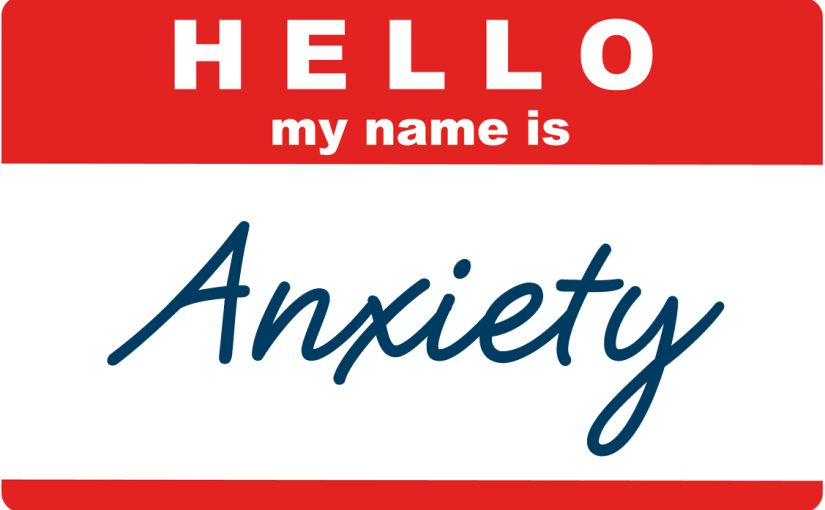 This post is not financial advice. I’m simply sharing my thoughts on the state of the crypto market. I do hold a portfolio of crypto assets and may hold some of the assets discussed in this post. I strongly suggest that you do your own research before deciding to make any investment.

You know the feeling. You’ve just spent a small chunk of your life writing a blog post. As you slowly scroll to the right, your mouse hovers over the publish button. With a finger on the mouse button, you pause for a second. As you stop to think your palms get clammy. The beating in your chest slowly increases until your pulse is racing. You sweat a little bit. A chill runs up your spine.

Are you really ready to put yourself out there for the world ridicule? What will people think? Can you really handle the consequences of publishing this? What if the people don’t like it? What if they don’t like you?

I’m here to tell you that you can do it.

This is my experience as someone who battles with social anxiety and also publishes content online. Over the years I wrote and published hundreds of blog posts and tutorials. For the past few years I haven’t been able to make myself write. One of the biggest issues I have is the fear of fallout from publishing my opinions online. Fear can be paralyzing.

A few days ago I wrote a blog post about my past attempts to make money on the internet. This post was really difficult for me to write. If you’ve ever met me in person you would know I’m not really super outgoing. I’m more reserved and I like to keep to myself. An introvert if you will. That post was the complete opposite of who I usually am. I let some skeletons out of my closet and poured some feelings into it. I put the spotlight on an industry that doesn’t like to have their secrets shared. I wrote a draft and then slept on it for a few days deciding whether or not I would post it. I almost gave into the fear and trashed it. I’m glad I didn’t.

For most bloggers having a post go viral is the ultimate goal. Who wouldn’t want thousands of new readers? For someone with anxiety this can be a nightmare. I’m the person that chose to submit the post to popular social networks and news sites. I really expected a few people to read it, maybe call me an idiot, and then down vote the post. Maybe a handful of people would see it but I never expected what would happen.

I use the term viral loosely as when I think of viral I think of millions of page views but relative to what I normally see tens of thousands of readers are viral to me.

My post hit the #1 spot on the popular tech news site Hacker News. I was also in the #1 position on the /r/Entrepreneur subreddit. As of the writing of this post a little over 50,000 people came to my site. Almost 1000 people used the social sharing buttons on this site. Even more people tweeted and retweeting the url. I was receiving twitter notifications non-stop.

The bad, the good, and the lessons.

I’d be lying to you if I said that there aren’t bad things that come a long with posting online. Anytime you have an opinion there are going to be people out there that disagree with you. Surprisingly even the worst of the “haters” weren’t that bad.

How bad were the bad things?

I called out a marketing forum. So it’s no surprise that many of the members there had some negative things to say. One person told me I was a fatter, more unemployed, Matt Cutts. People accused me of bragging about being rich while racking up credit card debt. On another forum some arm chair psychiatrist exposed all of my inner demons. I was crazy to try to start a new blog with a post like this. In r/entrepreneur one user was disgusted that people would up vote a post about spam and diet products. Hacker News had their own colorful conversations going on. A lot of people pointed out how many typos I had (I admit I’m not the best editor). Others complained that my site was ugly, my writing style was awful, and that the post was probably written by a high school student.

Someone even found an exploit on an old installation of WordPress that was installed on a domain I don’t use. They were able to install spam scripts in that account and then send massive amounts of spam out from my IP address. Because I share that IP between a few accounts all of my sites went down because they were black listed as spam. Thankfully my unofficial server support genius was able to get the sites up and running.

What about the good things?

I was really overwhelmed when the positive responses started rolling in. Honestly, I don’t really expect people to connect with the things I write, so it’s always a surprise when they do. Many people told me they loved the way in which I told my story. Some people said they were inspired. Some people were intrigued to learn about how the affiliate marketing world operates. A lot of people offered advice or just kind words of encouragement. Many people seemed to appreciate the level of honesty and introspection. A few people on Hacker News liked the post because it gave them a glimpse of internet history that they have otherwise not followed. Others wanted to know where they could get this beautiful theme (it’s the new WordPress default: twentyfiteen). As you can see many of these contradict the negative responses.

On top those things people started using my contact form to send me questions, encouragement, jobs offers, interview request, and even invitations to speak at conferences. Even though my post was supposed to be about how I failed to make money online people are still contacting me to ask if I will teach them how to do it. I even jumped to the top rankings of profile views among my LinkedIn connections and made some new connections.

The lessons I learned

So what did I learn in all of this? If you put yourself out there some people are not going to like it. That’s OK though. You don’t get love without hate and we all know that the “haters gonna hate”.

If anything this experience has taught me that the negative feedback isn’t that bad. I was actually shocked by some of the negative responses because they were well thought out (more of a tough love kind of thing) and the commenter obviously read the post. I can’t say the same about the trolls. Even when I wrote free tutorials to help people learn web development I would still get trolls.

There was a point when my post hit the front page of Hacker News and my anxiety almost caused me to delete it. My wife told me I was crazy. I pushed through it and it was well worth it. The good reactions outweighed the bad reactions by far.

My advice to you

If you’ve been caught up in publishing anxiety but finally decided to click that publish button then tweet me a link so I can check it out.

Setup A Life You Don't Need to Escape From
Going Full-time as a Work from Home Employee
Make Money Online: Documenting 10 Years of Failure
Reflections on the Past Few Years

Hi, I'm John. I follow and invest in crypto markets for fun. I've also dabbled in the world of side projects, advertising, and affiliate marketing. By day I'm a Customer Success Engineer in the Artificial Intelligence and Machine Learning space. I used to be an IBM Watson Consultant. I've been in the tech space since about 2004. View all posts by John Ward