My name is John and I'm an IBM Watson Consultant focusing on the IBM Watson Explorer product and other IBM Watson Cloud Services. 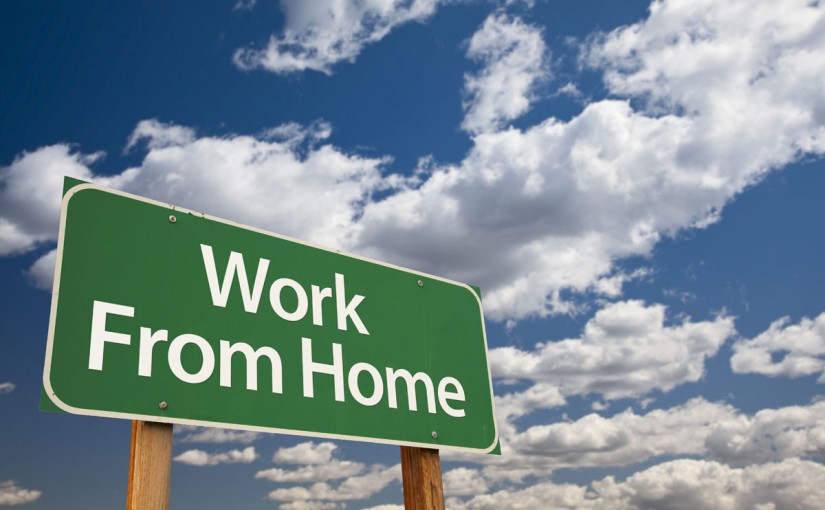 The office I work out of is running out of space. A few weeks ago I was asked if I wanted to give up my desk to become a full-time remote employee. There are a few reason I was chosen as one of the people asked to give up their desks. First of all my commute is atrocious. Our office is 60 miles away from my house and that takes me anywhere from 3-5 hours round trip. On average that is probably an additional 20 hours per week. I’ve been working part-time remote (2-3 days in office per week) for a couple years now because of this. Since I’m a Watson Explorer Consultant I often work on site with clients, which means I’m not in the office that much anyway. Given all of those things it’s pretty obvious why they asked me to go remote. I’ve been working full-time remote for a little over a month now and here’s what I learned.

Fear of giving up my desk

For most people the idea of working from home is a dream. It was for me too until it looked like it could become a reality. Then I started to have doubts. I thought maybe my employer was just trying to push me out. I have a fear of being “out of sight, out of mind”. Meaning if I don’t run into my colleagues/manager at the water cooler they might forget I even exist. Will anyone remember me when that next promotion opens up? On top of that it seems like being remote could almost be a move in the direction of getting rid on an employee or at least make it easier to do so.

So far it seems like all of these fears are irrational. Although I do make a little bit of an extra effort to stay active on our instant messenger, respond to emails, and share things on our internal forums so that people don’t forget about me. I also still have the option to go into our office and sit at an open desk. I used that option to deliver a presentation in person. I’ve also done some follow up presentations on the phone. Basically, I’m doing what I can to make ensure that people can’t forget about me.

I’d be lying if I didn’t say my life has changed for the better since becoming a remote employee. I know that not everyone has this option so I’m thankful for it. I’ve been working pretty hard myself to make sure I’m taking full advantage of my new work arrangement and the fact that I’m savings 4 hours per day on my commuting time.

I used to have to get up at 4:45 am to make it to our office by 7am. Getting up that early took a toll on me. Eventually I started showing up later and later. The later I would leave in the morning the worse the commute would be, but the later I would stay at night the better the commute home would be. So for awhile I would leave early in the morning and leave late a night which isn’t great for having any type of personal life.

I have a new schedule now. I sleep from about 11pm – 6am. Then I eat breakfast and get to the gym by 7am. I spend roughly 2 hours at the gym between cardio and lifting before starting my work day. I’m usually back at the house and ready to work between 9:30-10am. Not only that but I’m much more awake than I was when I would roll out of bed and head straight to work. In general working out in the morning has given me more energy. I’ve been doing this routine for the past 3 weeks along with dieting and I think I’m going to stick with it for some time (so long as my job allows). I might have some travel coming that will completely screw my schedule and probably my diet.

Challenges of working from home

There are a few challenges I’ve run into when working from home. First of all, I actually think I have less distractions at home than I do when I go into the office. There is never the impromptu meeting or someone bringing in a quad copter or whatever else goes on when you put a hundred people in one small space. That being said, there are still things I’m learning to deal with at home.

One of the biggest problems of working from home is that it seems very difficult to separate work from life. This is a common problem with our highly connected society in general. Work starts creeping into your personal time. When you’re a remote employee the opposite can also happen. When people hear you are at home they seem to associate that with being on vacation. So I would get requests to let someone’s dog out or my wife would tell me to do some chore. It’s hard to draw a clear line and get people to understand that yes I am at home but I am also at work and that means I don’t have time to screw around. One trick I use for this is to have a separate office space for working. I’d say it’s a requirement to have some type of workspace. There is no way I’m going to be as productive if I lounge on my couch in front of a TV.

There are also other distractions. Some new game came out or one of my favorite sports teams is playing at 1pm for some reason as happens in March Madness. I’m usually able to stay focused but I also allow myself 1 hour to do whatever I feel like it on my lunch break. Sometimes that’s walking on the treadmill to get some extra cardio which gives me even more of a boot after lunch. Sometimes it means I’m playing a video game which helps me relax. I use my lunch time to try get distractions out of my system so I can focus during my working hours.

I’ve also started using a standing desk to help with general health and productivity. I have no scientific proof but so far I seem to be more focused when I’m standing. However, my feet and legs do get fatigued so I switch from standing to sitting through out the day. I usually only sit as long as my laptop battery will last which is about an hour.

Another distraction are my dogs. Since I’m home I can let them out and take care of them. It’s nice that they don’t have to stay cooped up inside all day. I also get some cute co-workers but even they sometimes don’t understand that I am working (go figure). The worst is when they decide to start barking while I am on a conferrence call.

It’s a work in progress

Overall, I think working from home has added some balance to my work life relationship. Before going remote I think the pendulum was starting to swing to really far in favor of my employer as far as my time is concerned. I’ve been traveling for the last 6 months and putting in 10-12 hour days on site for a big project. In the consulting world we have a target utilization rate, which is the amount of hours we actually bill to clients. Usually those goals are 60-80% based on an 8 hour day which allows for vacation time and administrative tasks that are not paid for by the customer. My utilization rate was over 100% on this project. That means I billed over 40 hours per week and then did all the administrative BS on top of that.Plus 10 hours of flying every other week. I was approaching burn out and now I’m getting a little bit of a break before I have to go back on the road.

I’m still working on figuring out how to best take advantage of this work from home situation while also being a productive employee and fair to my employer. So far I’m still getting great feedback at work so I think things are working out. I’m also on the path to being a happier and healthier person since I’m exercising a lot more. So far this seems like a win/win situation.

If you work from home do you have any tips to share?